Can Changing Your Gut Health Improve Your Mood? 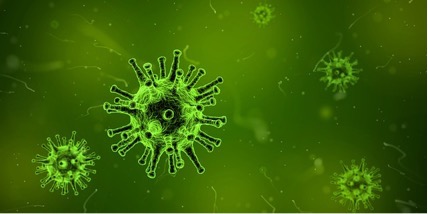 Weirdly  gut health has been a bit of a fascination of mine for a while and it’s an interesting area of scientific research that’s been getting a lot of attention in the past year or so; the way that the health of your gut can affect your mental health and overall wellbeing too.

I’ve recently read the well-known scientist/doctor Michael Mosley’s book ‘The Clever Guts Diet’ that was published in 2017 and that has brought the issue to the attention of the mainstream and it seems that there are there are new studies coming out on a weekly basis underlining his theory a healthy gut is incredibly important to your overall health – and not just your digestive wellbeing.

In our guts we are host to around 50 trillion creatures – at least 1000 different species. These make up what we call the ‘gut microbiome’. This gut microbiome is a complex ecosystem of bacteria, yeasts, fungi, viruses and protozoans that can weigh up to 2kg. Some of these creatures help our bodies to break down food and toxins, make vitamins and even train our immune systems, while others can cause us harm.

Here’s a great video actually that I love that tells us a bit more about the Microbiome.  Fascinating:

If the balance of organisms begins get out of sync, the ‘bad bugs’ will begin to outnumber the good guys and you could potentially end up with digestive and other issues. Getting the balance right is the key to maintaining a gut microbiome that will enhance rather than upset your health.

Other recent US studies have shown, very encouragingly, that improving the microbiome of the gut could even help cancerous tumours to shrink when also being treated with immunotherapy drugs.

More studies are needed before scientists can commit to the idea of a better gut microbiome being great for other areas of heath, but the general consensus is that if you’re feeling under par, recovering from a cold or virus the bacteria in the gut can help to boost immune system, and a dose of prebiotics would be a great quick fix for you. The jury is out on the role of prebiotics in mental health, although a three-week trial on a prebiotic called Bimuno involving 45 healthy people did indicate that improving gut microbiome improved mood and led to a more positive attitude among volunteers.

How to keep your gut microbiome happy

Supplements are one way to impact your gut health and can lead to more than a healthy digestive system; getting the balance right could actually out you in a better mood!

In the Bimuno trial, people who took the supplement took less notice of negative imagery shown to them during the trial than people who didn’t, and those in a placebo group, and were more likely to take notice of positive cues instead. While prebiotics (and any other dietary supplements) shouldn’t replace antidepressants or other drugs used to treat mental illness, it’s possible they could improve the effectiveness of some types of medication, especially for people who do not respond very well to them.

Of course, useful as they are, supplements can’t replace a healthy, varied diet. If you want to improve your gut health in the long term, the best way is to include more foods like lentils, asparagus and Jerusalem artichokes in your everyday diet. More resistant starch and more fibre from whole foods like potatoes, legumes and grains will help feed the good bugs and keep the nasty ones at bay. The good news is that some of our favourite foods may also help us to balance our gut health; red wine, cheese and cocoa were also found to have a positive effect by author of The Clever Guts Diet, Michael Mosley so that’s good to know.

IBS has become quite a common ‘diagnosis’ for irritations of the gut.  Without getting into too much detail there is an information flow that is going on  all the time between the brain and the body; the brain sending signals to the gut and vice versa. Our Vagus nervous system is housed in the gut and the role of the Vagus nervous system is to regulate our entire body including biological processes such as digestion. However, what is more important is it’s part in regulating the nervous system when we suffer stress or trauma, common known triggers for IBS; because the vagus nerve is a key regulator of social interaction.

From a psychological point of view IBS symptoms such as constipation and diarrhoea clearly reflect nervous system responses. Emotional symptoms of fear or being ‘stuck’ in old patterns, inflexibilty or feeling trapped is registered by the body as the ‘frieze’ response reflected in the symptom of constipation, and cramps. Alternatively, when a person is highly stressed, the body automatically fires the sympathetic nervous system response experienced as ‘Fight or Flight’ and  has bouts of diarrhoea. These responses require a huge amount of chemical energy which explains the fatigue and debilitation that sufferers of IBS report; whilst using so much energy can also lead to feelings of depression.

So how can we stop this happening??  Well techniques like the one below may help alleviate the symptoms:

The above technique is based on a Kinesiology practice called ESR – The Emotional Stress Release and is one of the amazingly effective ways of helping to get in tune with the body.  Did you know the body is particularly good at letting you know that it needs help AND tells you how you can heal it – you just need to know how to listen.  For more information about Kinesiology and how it can help you get in tune with your body please pop over to my Kinesiology page HERE

My name is Julie Elder.  I am an holistic therapist who specialises in utilising the body’s ability to heal itself using a variety of techniques including Bowen Technique and Kinesiology. I am also an Aromatherapist, Reflexologist, Reiki master and  Yoga Teacher and an advocate for pursuing an organic lifestyle.